“A Bedouin came to the Prophet (sallallahu ‘alayhi wa sallam) whilst he was on a journey and asked, “Tell me what will bring me near to the Garden and keep me away from the Fire.” He replied, “Worship Allah and do no associate anything with Him, establish the prayer, pay the alms-tax and maintain the ties of kinship.””

It saddens me just how people have lost touch with their priorities in this Deen. And I cannot think of a single thing more neglected than the worship of Allah as per the pure holistic principles of Tawhīd i.e. the science of the Oneness of our Creator: pure monotheism, or the simple and unadulterated worship of God alone.

Either people belittle it, or don’t understand it, or follow their own desires and understanding in it, or think it is not as important as other causes and issues in life, or render it meaningless through their deviations in creed ad infinitum.

I do not exaggerate when I say that the entirety of Islam surrounds Tawhīd and so it must be internalised and practised at every moment. It cannot remain forever as just theory in books of creed, but must be lived. And it cannot remain as something ridiculed as a relic of a foregone traditional past, but instead needs to be instilled in all Muslims especially those activists who work for the cause of Islam but neglect themselves and neglect prophetic guidance; they must realise that without worshipping Allah correctly, all their good works are in vain.

Have a look at the above narration and reflect deeply upon it.

It is so utterly simple and yet profound, that it blows my mind and I’m sure for you too. After all, we’re only here in this game to worship our Creator. So we might as well do it properly upon the correct principles!

– This basic man, a bedouin, asks the most important question of all. The entire objective of our lives is summed up in his simple yet pithy request: we would do well to regularly pause during our busy lives and ask ourselves that very same question. And then answer it by implementing the Prophet’s own answer, may the peace and blessings of Allah be upon him.

– So, notice the Prophetic way of prioritising: the Haqq of Allāh (Tawhīd and Salāh) always come first, then comes the Haqq of the people in general (Zakāh), and then comes the Haqq of a specific group of the general population i.e. your relatives (Silat’l-Rahim). The last two categories can sometimes be combined and even alternate in specific situations, but the first priority never, ever changes. The first priority is to please Allah. And not just to please Allah, but to please Him through worshipping him correctly. So it doesn’t matter what you do day-to-day which you think is good Islamic work and worship and activism; if Allah doesn’t come first then you’ve got it all wrong.

– Let’s focus on that first thing which is “worship” i.e. ‘Ibādah: to put yourself fully into the service of Allāh, to submit to Him, to enslave yourself to Him and His Wish. The word ‘Ibādah is from عبد which also in its second form has عبّد i.e. “he beat the path” or “trod the path to make it even” as the Arabs say, or “he made the camel totally submissive to him” i.e. it became mu‘abbad, so we’d call an old beaten track mu‘abbad.

– Likewise, we have to become mu‘abbad to the Will of Allāh and obedient to His command with humbleness and submission, regardless of whether we get it or not, like it or not, feel it or not, regardless of what your President tells you should be your values, or your school textbooks tell you about more liberal approaches, or what your society imbibes into you so that you can be “free” and “independent”. We don’t believe in being “independent” in our creed and worship, only in our personal lives and lifestyles. In our worship, we are utterly dependent upon Him, the Truly Independent One. And we do so with love and fear, neither going to the extremes of the Jewish nation who based their obedience to God on their version of the Old Testament on one dominated by fear, and neither the obedience of the Christians which was based on their versions of the New Testament i.e. dominated by blind irrational love and little else.

– We base our ‘Ibādah on the Last Testament i.e. the Qur’ān, based on a balance of this love/hope and fear of Allāh as ibn al-Qayyim said, like a bird with two wings in balance as it flies. And the more we worship and enslave ourselves to Him, the less we become enslaved to other people, systems, trends, ideologies, peers and indeed our desires. And beware, because the more we become allured to the Dunya and trapped by it, the less we become in service to Allāh ‘azza wa jall.

– Ironically, the bigger the slave one becomes to this Dunya, then the more humiliated he becomes according to the people of the Dunya. Now that is truly painful. They are the ones who tricked you into this way of life making you believe that it was what they truly valued. But it isn’t. It’s what they think they value, and then they witness it in you and drop you on the way side. We see this every day especially in modern society, you cannot win respect by playing the game this way.

But the more one becomes a total slave to Allāh and Allāh alone, it’s nothing short of amazing the fact that the more honoured and respected he becomes in the eyes of the people in the Dunya and those of the Heavens with Allāh. And ultimately, that’s the important thing.

The Qur’an and Sunnah is so overwhelming in support of this fact that we often become blinded to it – when something becomes so normal and obvious, we lose our focus and lack concentration when prioritising our actions and establishing our methodologies for Da‘wah to all and sundry.

Tawhīd is something thus which we must revise all the time. It doesn’t matter who else hijacks it, ruins its image, creates false impressions in the mind when the concept is mentioned and practised, whatever. We must own our practise of Tawhīd ourselves. And we must remind ourselves of it, our friends and family of it and those we are giving Da‘wah to of it, all the time without let-up or pause.

This is the Prophetic way and it is the way of success. And now, in our difficult times when surrounded by a secularist and modernist onslaught which is now almost democratising our Deen too, we need to revive it more than ever to save our worship… 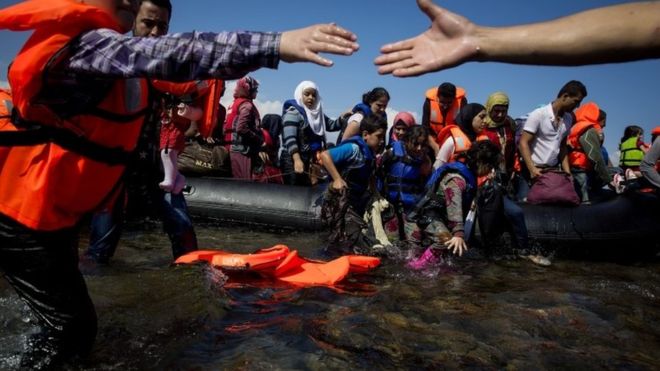 A Tale Of Two Text Messages

A Tale Of Two Text Messages