Keep Or Release, But In A Good Way

“Divorce can happen twice, and [each time] wives either be kept on in an acceptable manner or released in a good way.” (2:229)

“When you divorce women and they have reached their set time, then either keep or release them in a good manner.” (2:231)

In these two noble verses, Allah commands His servants to show iḥsān – the best and most righteous of conduct – to our wives during the two states of either remaining married, or getting divorced. They are commanded to treat them with iḥsān and ma‘rūf and not evil and transgression. “Ma‘rūf” is the good which is automatically accepted by all those with sound fitrah, nobility and rightly guided intellects – it is universal good moral behavior.

This therefore prohibits harming them with either words or actions, indeed this meaning has been emphasized again and again in many verses and ḥadīth. There is a very severe threat and warning to those who might exploit and take advantage of them such as the end of this very verse when Allah says:

“These are the boundaries set by Allah: do not overstep them. And those who overstep Allah’s boundaries are indeed the Oppressors.” (2:229)

The Arabic in the verse reflects a huge amount of emphasis on the level of oppression committed by such a husband: note how this is a nominal sentence (al-jumlat’l-ismīyyah), the use of the demonstrative pronoun (ism’l-ishārah) “tilka”, the use of the separate isolated pronoun (al-ḍamīr’l-munfaṣil) “hom”, and the use of the definite term “al” when it comes to “Oppressors”.

It would be fair to say that the seriousness of this crime is almost entirely lost in translation.

Allah also commanded those who divorce their wives to give them a gift of significant value due to the damage that has been caused, and in order to soothe their hearts. He made it a duty upon the Muḥsinīn and a duty upon the Muttaqīn – the people who do righteousness, and those who are always mindful of Allah in whatever they do:

And He also said:

“Divorced women shall also have such maintenance as is considered fair: this is a duty upon those who are always mindful of Allah.” (2:241)

Here, one learns that from the components of taqwa and iḥsān is to be kind and generous at the time of divorce, through a monetary gift; but what also becomes clear is that whoever doesn’t give this right to women then they cannot be from the people of taqwa or iḥsān – the Muttaqīn or Muḥsinīn.

So what then of those who prevent these women from their right and then go further than that by abusing them, cursing them and even beating them like animals?!

In fact, when Allah allowed the disciplining of a wife who violates her marital duties, He reminded the husbands at the end of the same verse by saying:

It is as if to say, “O you so powerful, proud arrogant husband, don’t forget that Allah is Higher than you, and Greater. So be warned, and again be warned lest you be oppressive or transgress; and if you do go there, then remember that it is Allah Who will be your opponent, and woe be upon he whose opponent is Allah.”

He also said to Anjasha (raḍyAllāhu ‘anhu) who was driving the caravan of women on camels, “Slow down, you’re carrying fragile glass vessels” (Bukhāri and Muslim). The use of glass as a similitude to women is to illustrate how easy it is to damage them, and how impossible it is to repair the damage afterwards.

If I was to actually put forward to you all the evidences from the Book and the Sunnah on this matter, this would become very lengthy, so it is just a reminder. And the reminder benefits the Believers. 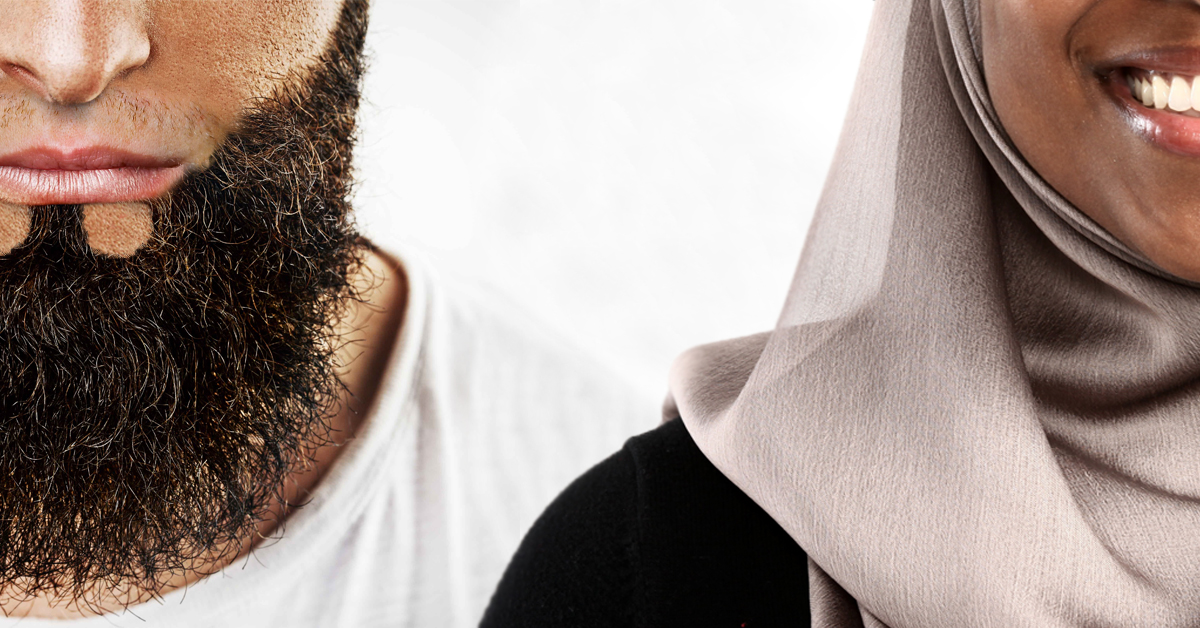 The Hijab vs The Beard

The Hijab vs The Beard