Go, For You Are Free

“Al-Tawāṣi” comes from the word “Waṣiyyah” or “exhortation” and involves one being “specific, sincere and loving to the one you are advising”, such as when a father advises a child or a teacher encourages a students.

It’s also possible to say that from the meanings of “Waṣiyyah” is to benefit someone without receiving any reward, an act which is intrinsically righteous and not wanting to insult the one being advised or lead you to feel superior over them.

“Al-Tawāṣi” appears in the verbal form of “Tafā‘ul” which means that there must be two parties involved, as if to indicate that both people exhort one another. This therefore gives guidance to the scholar to not just teach but to always be ready to learn from those who are lesser than them such as those who are less knowledgeable, and the same applies in the case of the father, or the ruler and so on.

The repetition twice of “Al-Tawāṣi” in the verse indicates the importance of advising and reminding one another, and to keep doing this always and making it a permanent fixture of our lives. Also, this repetition in the Arabic language serves to underline the importance of each of the two subjects, namely patience and mercy. Also, it possibly indicates that one cannot take the place of the other, and also indicates that both can occur separately and independently, and also that it is possible for only one of these two characteristics to occur in different people.

See, patience usually comes to the fore during difficulties and trials, and requires a strong heart. On the other hand, mercy usually comes to the fore from those with softer hearts. So it’s almost as if the combining of these two qualities in the verse is intended to bring balance to the Believers so that they don’t end up too hard-hearted and lose their merciful touch, or too soft-hearted and not able to get things done properly.

The aim is to end up with hearts that are not rock-hard and blocked like those who are ungrateful and refuse guidance, and neither hearts that are too weak or diseased like those of the people of sin. No, they should be strong solid hearts that are delicate at the same time, like glass almost. Don’t you see how in the face of difficulties, they laugh out aloud, but when the verses of Allah are recited upon them, they shed tears?

That is why to combine mercy with strength is complete and perfect from an attribute sense, and that is why Allah described Himself with this perfect combination in His great Book:

And so in this verse there is a lesson for those who give advice: make sure you give it to all types of people. Don’t be like those who only critique or give advice to the weak, as many people do, and also avoid admonishing just your own stronger/wealthier/powerful class of people, as a few might do.

So from this great verse, we can divide people into four different categories:

“When he leaves, he sets out to spread corruption in the land, destroying crops and livestock. But Allah does not like corruption.” (2:205)

The final – and best – of the four possible states to be in, is to be patient and to be merciful, and this was the way of the Prophet (ṣallallāhu ‘alayhi wa sallam).

He was patient at the times when he was weak and on the back foot. Then when he later became strong and powerful, he was merciful and pardoning to those who harmed him, and fought him, and expelled him. He simply said, “Go, for you are free.” 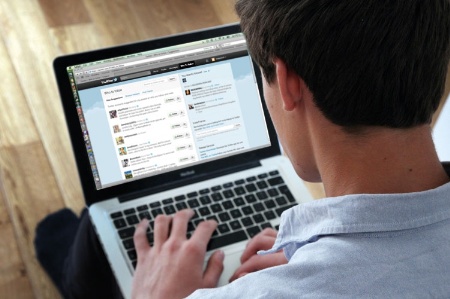