Imām al-Dhahabi relates in his Siyar that al-Asma‘ī said:

“We were once with Shu‘bah whilst he was was narrating hadīth when he heard the sound of pens writing (on wooden slates).

So he returned to narrating hadith but then heard the same sound. “Rain?” asked Shu‘bah.

So he again resumed narrating until he heard the same sound. “By Allah, I will not narrate anything today except to the blind one!” said Shu‘bah angrily.

There was an uncomfortable silence for a while and then finally a man who was blind in one eye stood up and said, “Ya Aba Bustām! What about me?!””

In the same passage, Abu’l-Walid al-Tayālisi said, “I heard Shu‘bah say, “I used to go to Qatādah and I would ask him about a couple of hadith and he would narrate them to me, then he would say, “Shall I tell you more?” and I would say, “No, not until I’ve memorised and perfected these first.”

So that’s what it’s all about folks. Easy little steps. Crawl before you walk and walk before you talk.

Some might be confused about what’s going on here: basically, the earlier Imams were very big on observing the scholars and trying to understand them properly, and taking it slowly and steadily, above and beyond of just writing what they say down parrot-fashion without actually understanding it, or focusing on the meaning instead of just recording and memorisation. Of course, today’s “pens on slates” would be the clickety-clack of the keyboards that one hears in lessons.

I’m actually a huge proponent of recording as much as you can from your teachers, but I’m an even bigger proponent of slowing things down in today’s breakneck world dominated by social media which pressurises people to just speak and post without the qualifications to do so; we need to be focusing on principles, understanding, and depth which one needs to concentrate for and not be too busy occupied with talking and writing and typing. But even worse, what then of today’s usual lessons where there are few folks writing the facts of the lesson, and even fewer concentrating deeply enough to understand the issue completely at hand from every angle, and instead waste their time live-tweeting bit-parts of sentences for their followers, ending up neither learning the issue deeply, or recording the point in full, producing simply a brief blip of a reminder for their followers, and then themselves never being able to find their own tweet months later when its time to revise.

All of us must remember to learn the basics of our Deen well enough before we start running with it.

Just a reminder for all of us how the leaders of the Salaf used to treat sacred knowledge. 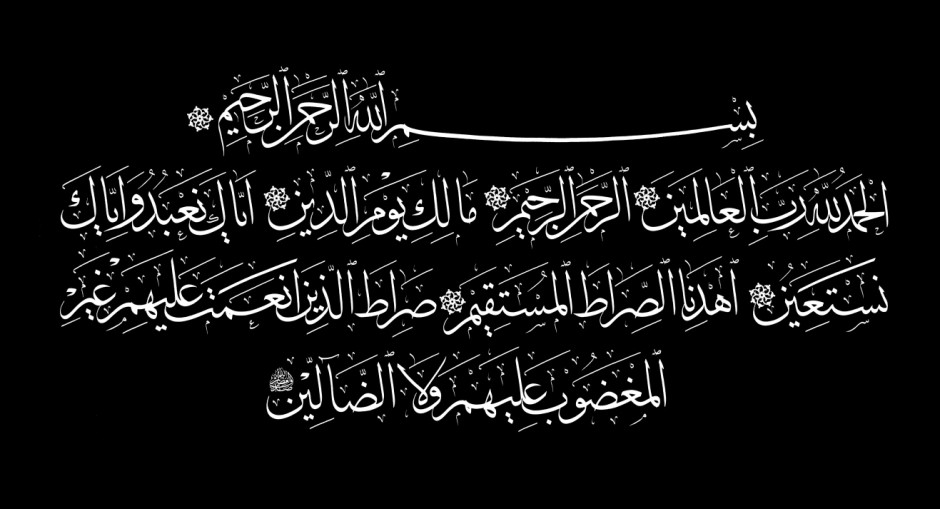 The Theme of Surah al-Fatihah

The Theme of Surah al-Fatihah